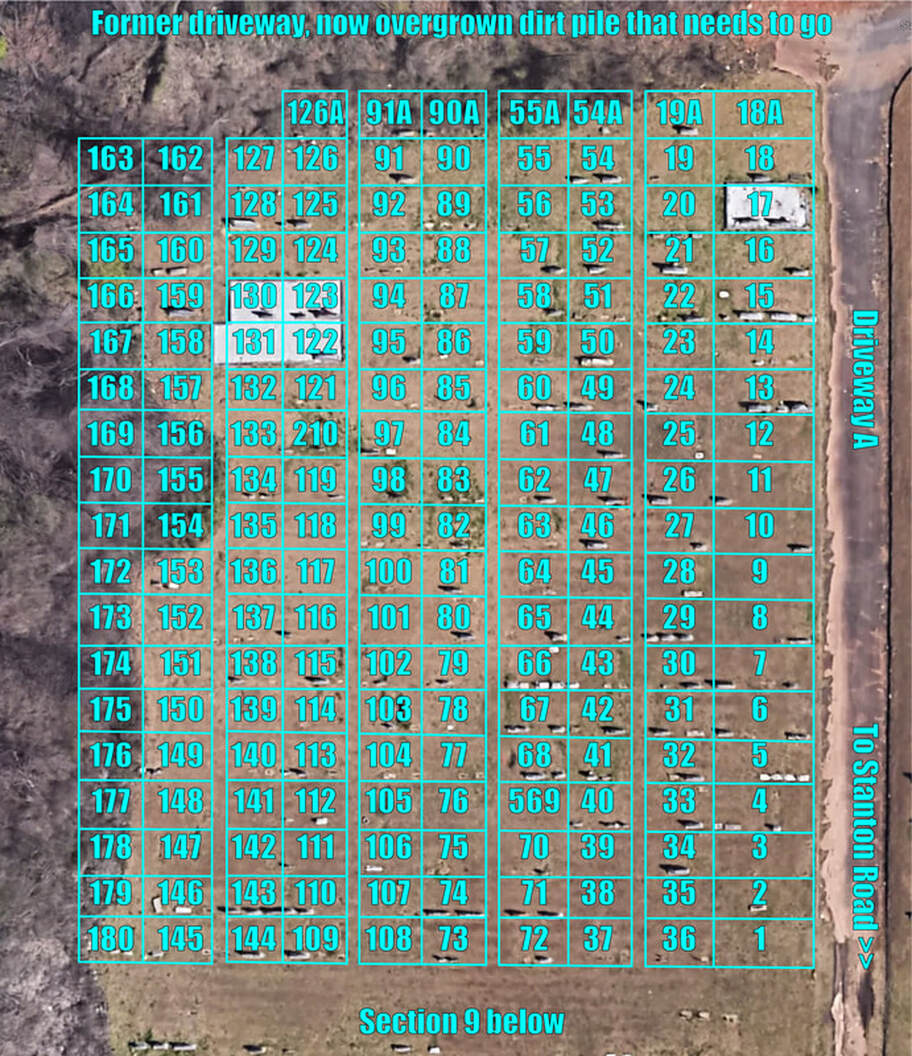 Section 8 is the back (east) half of the northernmost part of Hillcrest. It is bordered by Section 9 and then Stanton Road to the west, Driveway A to the south, a former driveway that is now an overgrown dirt pile to the east and adjacent unmaintained land on the north. Unlike most sections at Hillcrest, neither Sections 8 or 9 are broken into blocks—they are sequentially numbered in a zig-zag pattern.

Help with locating graves in Section 8

):The names listed here are surnames on headstones, included to help find a block and for counting off rows to find other lot numbers. These are for the along the grassy walkway between sections 8 and 9, shown at the bottom of the map above.

Side note: Our records show few sales and fewer burials along the northern edge (lots 163-180), many of which have been encroached by fast-growing kudzu. We would like to clear this area one day, now that we know about these graves. We currently see paper evidence of overgrown burials in lots 164, 165 and 167, but do not know if they are marked. A few other graves in lots 154–162 are also overgrown.