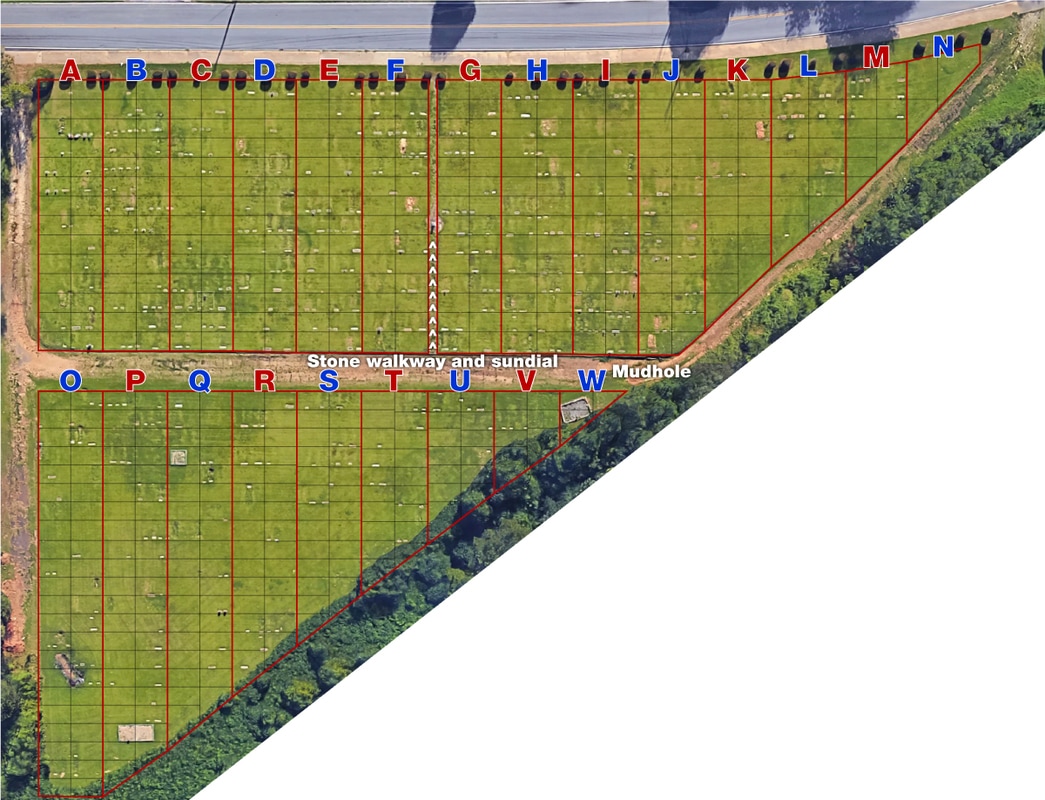 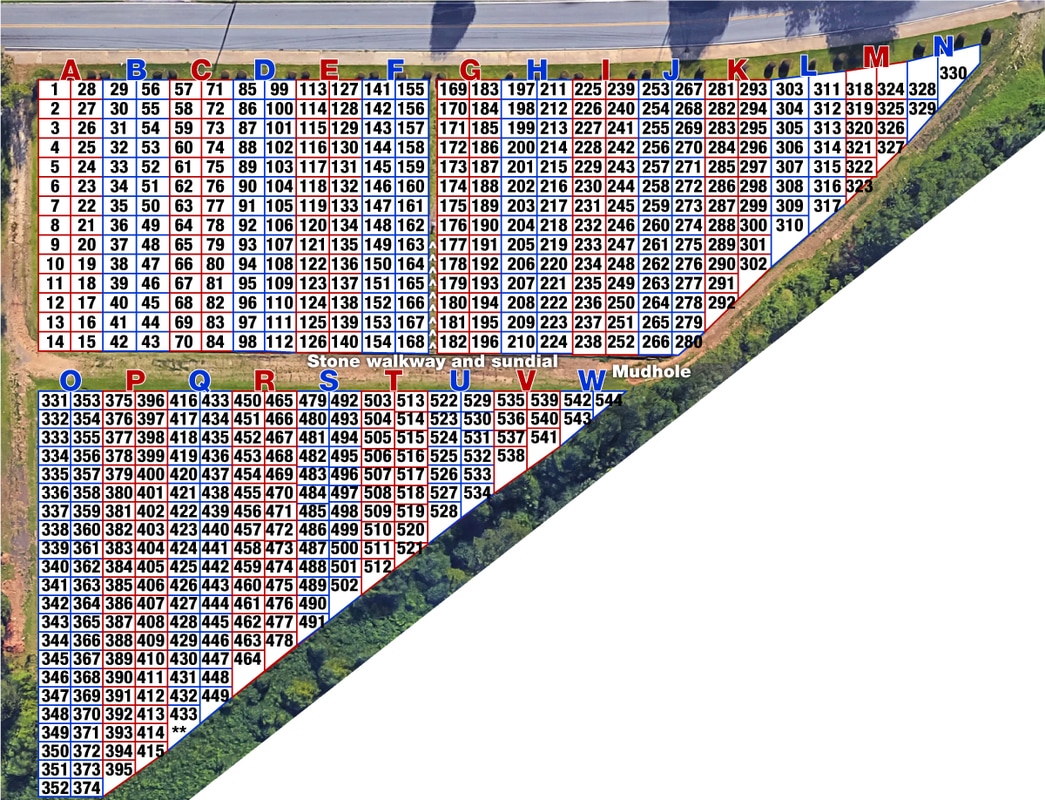 Section M is the part of Hillcrest located across Stanton Road from the rest of the cemetery. It is divided into 23 blocks labeled A–W. Unlike most sections, lots are numbered continuously throughout the section rather than restarting at 1 in each block. As a result, blocks are minimally useful references, and some documents simply list "Section M, Lot___." Lots are numbered 1–544. Blocks A and B are numbered in a back-and-forth manner, but oddly, the rest restart numbering at the top (east) end of the blocks. **Original plat maps accidentally repeated lot 433 in the back and front of block Q.

Most lots in Section M are 4 graves wide, but some are narrower due to diagonal lines, and some have room for additional graves in another row due to the same lines. Space numbers within lots in this section begin at the outer edges of each block. Original plats show a 4-foot walkway between blocks, but they are not clearly visible. In the diagram below, the space numbers for most lots are as follows:
Walkway/edge of block - 1 - 2 - 3 - 4 | 4 - 3 - 2 - 1 - Walkway/edge of block

Lot and space location in this section has always been a bit difficult due to the lack of marked graves. In April 2017, we went through the section and noted the surnames on every marker. This information was used to create the above map, with lines aligned to match lot locations pretty well. A few lots seem misaligned slightly so that headstones in one lot appear at the foot of the next lot. When searching on-site, just keep in mind that nearly all markers here are headstones, not footstones, so please keep this in mind.

A copy of the original plat map of this section is included below. ​

*Note: These maps should not be a sole source for locating placement of new graves. Aerial/satellite images are subject to skewing and the lines shown in the maps here are approximate for reasonably helping to locate a grave site. Technical measurements of spaces relative to known landmarks (marked graves) is highly recommended. In addition, this problem, combined with a lack of active management for the past couple decades, has created a few issues where burials have taken place in approximate locations, out of alignment with the grid, and in the walkways. Visual alignment with parallel marked spaces where locations and names can be matched are the best way to mark new sites.

Notes about each block of Section M

Note: All names from markers listed below are in closest proximity to the driveway that cuts through the middle of Section M (except as noted). That is to say, if you walk down that driveway between Blocks A–N and Blocks O–W, the names in each block are the ones closest of most visible to you from that point. 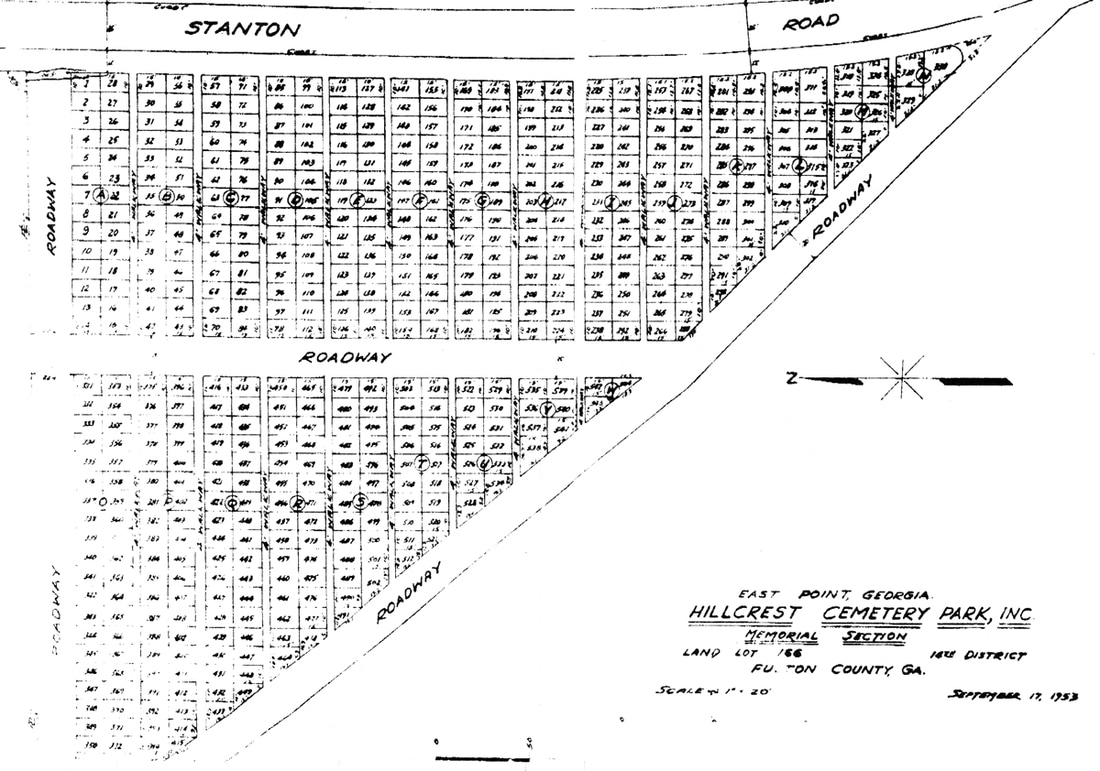